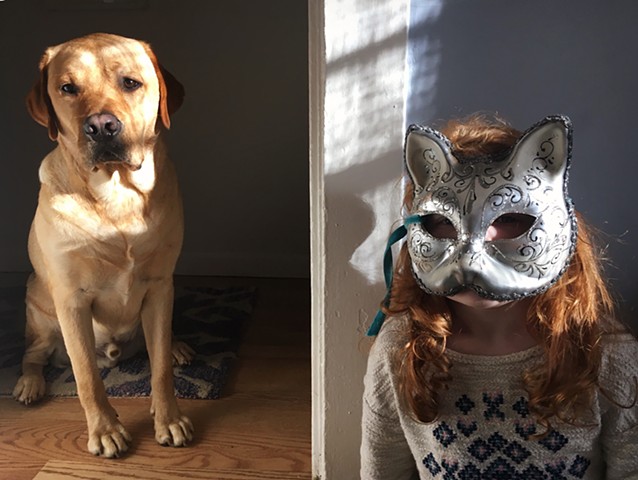 Gen Max began her artistic career at the Museum of Modern Art in New York City, where she studied sculpture. The clay of choice was playdoh – her age, four. The competition for the children to create playdoh masterpieces was fervent, to say the least, amongst the parents.

Little Max’s reaction to the artistic pressure was unprecedented at MOMA. As her first art teacher said, so many years ago, “Mrs. Max, I’m afraid that your daughter Gen has a tendency to hit the other children when they don’t pay enough attention to her 'sculptures.'" Max denies ever hitting anyone, but the unbridled allegations would follow little Max throughout her life, becoming almost a legend, and causing her fellow artists to commend her work regardless of its merit.

Gen Max obtained her undergraduate degree from Bucknell University, studying English Literature, Political Science and Soviet Studies. Although a clear advantage to the rest of the world, the downfall of the USSR actually had a negative impact on Max’s hopes for impressing the world with her uncommon knowledge of the Soviet Politburo.

During the summers, Max did several internships in Washington D.C. where she worked as an intern, assisting in foreign policy research for Senator Daniel Patrick Moynihan. It was in traversing the halls of the Capitol building and sitting in on the Iran/Contra hearings when Max began to consider a different career other than politics.

She went on to receive her Masters Degree in film production at Boston University, directing & shooting over ten short films. During the program, Max worked part-time with Lego Futura, the research & design arm of the Danish based Lego toy company. She assisted in the development of new toy ideas and coordinated joint research projects between Lego and the Massachusetts Institute of Technology.

After completing the masters program in film, Max worked with several distinguished film directors in New York. Her favorite experience was working with French director Louis Malle on the much acclaimed film “Vanya on 42nd Street” based on Chekhov’s play “Uncle Vanya” adapted by David Mamet.

While in New York, Max began photographing many accomplished avant garde jazz musicians, both on and off the stage. Throughout the years, her photographic work has taken her from the jungles of the Ivory Coast – to the vacuous dens of rock star image making in Hollywood – to skid row in downtown Los Angles – and to the desert of the Antelope Valley.

Max moved from New York to Los Angeles when she was hired to work with Propaganda Films. She worked with some of the most prominent visual artists in music video, commercials and film. And like most people, she has also studied and performed at Improv Olympic as well as worked with Dr. Karlheinz Brandenburg (inventor of the MP3 audio code) and the Fraunhofer Institute of Germany.

Max studied photography with Syko Song at the Art Center College of Design in Pasadena. Several galleries in Los Angeles have exhibited her work, including Fototeka Gallery, The Pink Gallery, & The Nicole Dintaman Gallery.